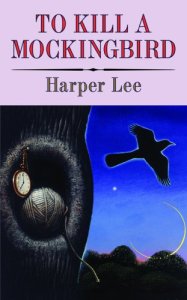 Being from Sweet Home Alabama  had me thinking, “wow that’s a really cool factoid, I wonder if it’s true.” Turns out it is in fact very much true. Winston county even has a nickname from this time period to draw in tourists. The Free State of Winston.

Another fun fact about Winston County is that is was originally named Hancock County after John Hancock before it was later renamed.

“Shoot all the blue jays you want, if you can hit ’em, but remember it’s a sin to kill a mockingbird.”

“Mockingbirds don’t do one thing except make music for us to enjoy.”

But one thing that really resonated with me was a quote from the back cover that goes like this:

Harper Lee always considered her book to be a simple love story. Today it is regarded as a masterpiece of American literature.

There are quite a number of famous authors that never expected their works would hold so much sway with people. Then, there is an entirely different chunk of people whose works never become majorly popular until after their death.

It just holds a candle to the fact that even if what you are doing now feels unimportant, that does not mean that it will not be sometime in the future. If that’s not encouragement then I don’t know what is.